Monday, December 22
The past couple of days have been pretty non-descript... Faith is recovering well from her surgery. She is getting a little better each time we do her cares. Yesterday her little eyes were so sad when she would open them and look at me, like she was thinking, "Why did you let them do this to me again?". Today they look a little sleepy, but not nearly so sad. She hasn't had to have any extra pain meds today at all, and her Fentanyl drip is only at 1. Hopefully they'll be able to start weaning that in the next couple of days, as she really starts to feel better again. It amazes me how babies recover from surgery so quickly, when something similar in an adult would take 6 weeks to recover from. I think when they wean the Fentanyl she'll probably be able to come off of the oxygen very shortly afterwards; she is on very little (50 cc's of low-flow) and her oxygen saturations are hanging out in the 98-100 range. 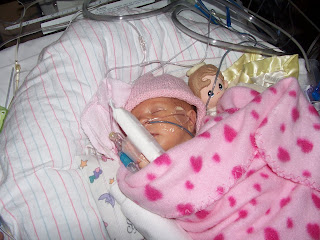 Her NG tube is gigantic, and is hooked up to suction right now, like it was when she was first born, before she was closed. It had been getting quite a bit out, but it seems like it is slowing down some, and it is definitely less green than it was yesterday, so that is a good thing. I am hopeful that this part will go faster than it did last time, and that they'll be able to put it to gravity in the next couple of days. We are really hoping for a nice poopy Christmas present, too! ;) Once the secretions from the NG tube slow down and are more clear, and she poops, then they'll be able to start feeds again, and hopefully this time they won't have to keep starting and stopping, and they'll be able to just get her intestines working and then increase feeds like normal until she is up to full feeds. Dr. Sandoval said tonight that once she is eating and doing well, she will be able to go home when she gets to full feeds and is gaining weight like she should. Dr. Partrick said the other night that he didn't think she will need the skim milk for too long once she starts feeds, so she might even get to full-fat feeds around the same time she gets to full feeds, and then she will be able to start breastfeeding full-time. But even if it takes longer to get to full-fat, as long as she is doing well on the skim milk we would still be able to go home. I think we are all looking forward to that...
The little container Faith's NG tube empties into... yesterday it was full of very dark green stuff... today it's lighter and a little more clear. It is still getting barium out too! 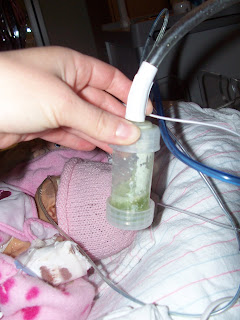 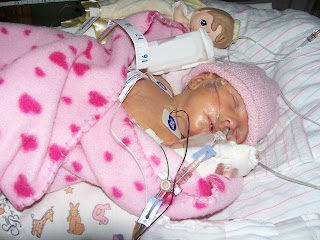 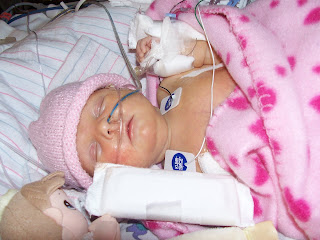 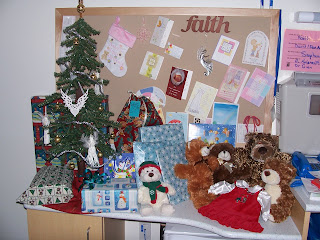 This is the pretty Christmas ornament my mom got Faith. It says "May Love be the Angel that watches over you." 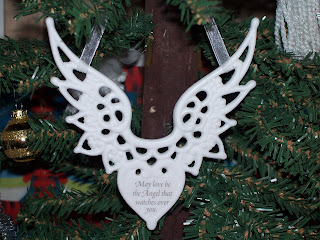 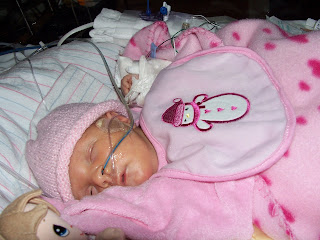 I am so happy to hear that Faith is making progress and may be able to take whole breastmilk soon! She is such an inspiration. She is in our prayers.

May the New Year be a wonderful one for your family. ~Ashley

I hope you all had a wonderful Christmas and that Faith is doing well! I hope Faith's new room brings a new positive energy to her and the family. I look forward to hearing an update. You are all in my thoughts (((HUGS)))