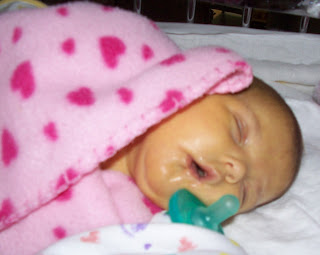 Taking her hearing test (she passed). 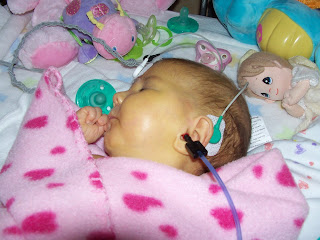 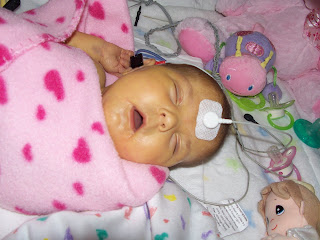 Before and after of Broviac removal, short-lived as it was... (it's in the other leg now) 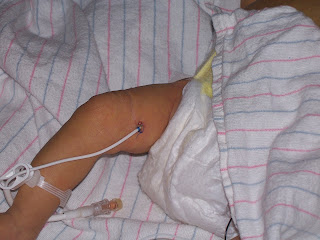 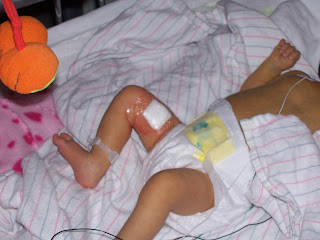 Hangin' out in the bouncy seat 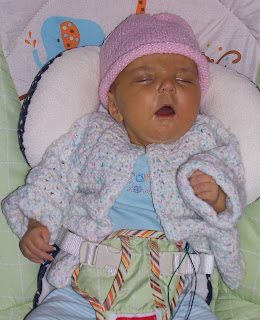 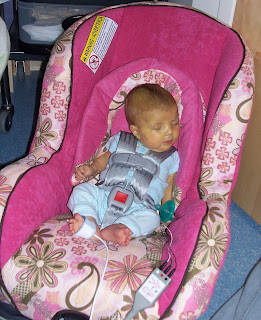 Sick of the hospital (and looking a little orange...) 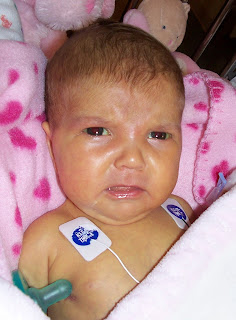 This and the last one are from Sunday night... right before they found out her direct bili had shot up... her eyes look really yellow in this one. 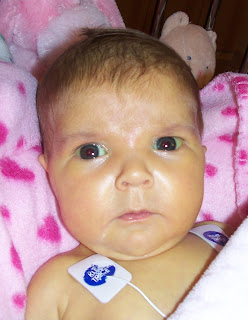 Showing off the new hat Mommy made her :) 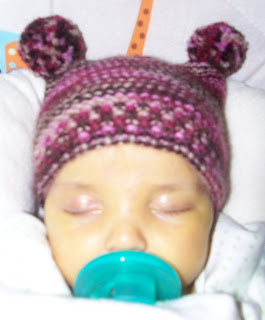 Sleeping after getting her new Broviac 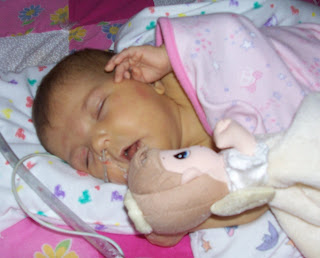 I almost caught a smile this time... she's a sneaky girl and stops when the camera comes out! 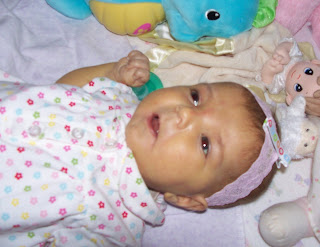 I think your right on about the g-tube. I wouldn't let them do it either! She just needs the right combo of reflux/mobility meds and the chance to EAT!! Hang in there it will be over someday soon. We've only been out of the hospital for 2 months but it seems like a distant memory all ready. Take care.