I can't believe I haven't posted since shortly after Faith turned 3! Such is life with three kids, I suppose... not a whole lot of spare time.
Faith is now 4 1/2, and almost done with preschool. She is "normal" in virtually every way, doing everything other kids her age can do, and incredibly smart- must be all of the fish oil! She will be too young by about a month to start kindergarten in the fall, but she is definitely ready, so I am planning to get around the district's cutoff by homeschooling her for kindergarten this fall and having her test into first grade the following year.
Preschool has been a bit of a challenge for her immune system. We weren't expecting it to be quite as bad as it has been, since Noah was in kindergarten the year before and presumably brought home a lot of germs, and it was never an issue... Starting out the year though I think she was sick at least twice a month, which is a pretty big deal when she only goes 2 days a week! Somehow she avoided getting the flu, in spite of Noah and I both having it, so that was definitely a blessing. It seems like every little cold she gets lately results in a week of vomiting, so I hate to think what the flu would have done to her!
In my last post I mentioned that she was going to be tested for vesicoureteral reflux. She had that test (and it wasn't traumatic at all- she didn't cry or anything!), and it turns out she does indeed have VUR. We took the "wait-and-see" approach, where they put her on a daily low-dose prophylactic antibiotic (Bactrim) to prevent UTI's and then wait a year and do the test again. She'll be having that follow-up test done on the 15th, and we are praying it shows that the issue has resolved on its own. If it hasn't, she will be having surgery to fix it. There is a less invasive procedure they can do, where they inject a kind of gel into the spot where the ureter enters the bladder, to give it a sort of "faux-valve" so that the urine can't back up, but with as many strange reactions as she has had in the past to random unexpected things, we don't like the idea of putting anything into her body that couldn't be taken back out if needed. So, if she needs it, she'll just have the regular old, unfortunately more invasive, surgical procedure to fix it. Like I said, we're praying we don't have to consider either of those options. Selah actually had only a 20% chance of growing out of her VUR by the time she was 5 years old (because of the grade/severity she had), yet miraculously when they did the follow-up test on her (6 months after she was diagnosed) hers was completely resolved! Hopefully Faith will follow suit. 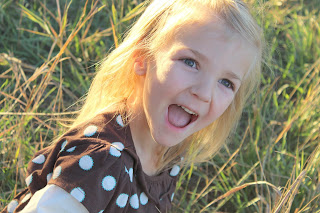